The perfect storm of an AVATAR show made its way through Norfolk, VA (USA) on July 10th of 2022. The weather decided it would show it’s support by raining with intermittent Thunder and Lightning. The weather did hold back some concert goers, but this was AVATAR in a small venue. 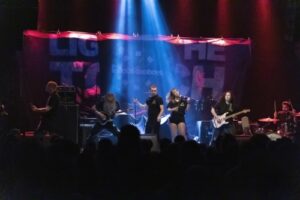 The night started off early with Atlanta based The Callous Daoboys hitting the stage a full 30 minutes before their original start time. The name may be a challenge for some, but as lead singer Carson Pace said “its basically the inverse of Dallas Cowboys” This 7-piece wrecking crew brought their Mathcore/Metalcore sound to the crowd and were well received. Next up on stage was Light the Torch. This is a metalcore outfit that formed in 2012 in Los Angeles under the name Devil You Know, before changing this in 2017 after some band lineup changes. Lead vocalist, Howard Jones name may ring a bell, especially as he was the lead singer of Killswitch Engage for 10 years. Opening their set with ‘More than Dreaming’ and went hard for their entire 10 song set. The venue was filled with growling vocals, screaming guitars and a solid bottom end, and the pits got going in full glory. This is how a lead up to Avatar is done right. 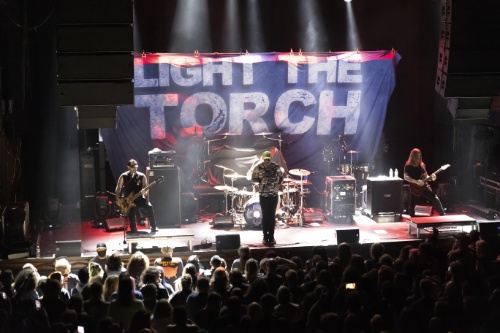 Okay, Sweden. Not that is the overachieving location in the music scene, but there are more than a few bands that call Sweden home, including Sabaton, Meshuggah, Opeth, Amon Amarth. The list is long. And this list also includes Avatar. If you haven’t seen them live, I have one question for you, why not? Why are you punishing yourself? Okay that is two questions. This was my fourth time seeing them in their 21-year career, having formed in Gothenburg in 2001. All previous shows were outdoor festivals, getting time slots in the daylight, which baffles me to this day. They’re more of an experience rather than merely a concert. Having the outfits, the stage show, the in your face no holds barred audio and visual attack leaving you breathless by the end of the show. Just Picture this Slayer and KISS had a love child who was raised by their crazy uncle Anthrax with Marilyn Manson being the doting grandmother. 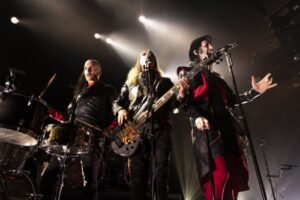 This is the kind of show where you wake up the next day wondering how you got that bruise, why your head is pounding so much and where the hell has your voice gone. You will act foolish and think you need to get into one of the pits, you will bang your head and you will be screaming lyrics like the rest of us “in the know.” Maybe not the first time but once bitten by this bug, you will be back. You will plan to attend any performance within a slightly unreasonable distance from you.  Avatar opening their show with a much smaller second drum kit set to the front center section of the stage. Microphones are in a semicircular arrangement, coming onstage to their respective places, standing to attention in their red and black outfits, adorned in what I can only describe as war paint (makeup just doesn’t do it justice), making you silently ask yourself, “What have I gotten myself into?” Then, after what seems an eternity, an eerie synthesizer plays the intro to the opening song. Keep in mind the band has not moved a muscle, then two drum beats launch the attack. Loud, synchronized dual guitar riffs and the foundation is being laid for the evening. No prisoners, No remorse, No quarter. They open with Colossus, with lyrics:

Okay, definitely setting the stage for what is about to come. Performing the song in near perfect military formation, then the front drum set is removed and it’s time for main stage theatrics. Setting the stage for what is an audio/visual assault, they are total bad asses and are here to destroy. Succeeding in presentation, but as the night wears on, it comes to light these are some really nice guys. 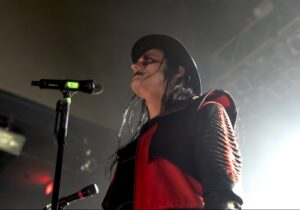 The lead singer, Johannes Eckerström, interacting with the crowd often, fist bumping, shaking hands and thank them for attending. The pits really get going by the second song, Let It Burn, and they have you. You forget about having to get up for work the next day, forget about the weather and throw caution to the wind losing yourself in the moment. By this point, only the music matters.  Marching smartly through their 18 song set, leaving you exhausted, but wanting more. There are times where they are playing, and you watch them, their heads down whipping their hair around in perfect synchronicity in perfect time to the music, then standing back up with a big smiles on their faces, realizing you have found a new home. That place where your musical taste isn’t questioned, your desire to get that piercing or tattoo, or wear that outfit isn’t frowned upon. You’re welcomed into the fold and are part of the family. Yes, it is booked as a concert, but it’s more than that. MUCH more than that. Do yourself a favor and go check them out. Then, listen to their music, and go see them again. If your ever anywhere near where I am, you WILL see me at their show. I have no problem driving hours to see them. 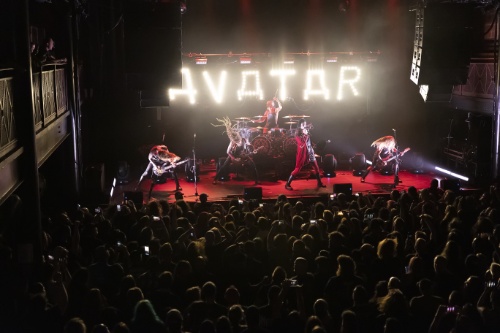 ©Photo Gallery HERE 80s hair metal has place in some out hearts. It was a different time, and some of the names have changed, well,...
Read more

©Full Photo Gallery HERE Once upon a time, in a galaxy, far, far away…. Oh, wait, that’s a different storyline… Okay, this is about the spectacle of...
Read more