The year of the corona-pandemic, when the music world was forced into a standstill, five old friends put in motion an old idea that had been lingering and what eventually was to become a new band and powerhouse: THE HALO EFFECT, who recently inked a contract with Nuclear Blast.

The members of THE HALO EFFECT are not only masters of their domain, but also pioneers of the Gothenburg melodeath scene, who, at some point, have all been members of fellow Gothenburg icons IN FLAMES: Lead guitarists Niclas Engelin (ENGEL) and Jesper Strömblad (CYHRA), lead singer and lyricist Mikael Stanne (DARK TRANQUILLITY), the foundation of power, bassist Peter Iwers, and his partner in crime since twenty plus years, hard-hitting drummer Daniel Svensson. 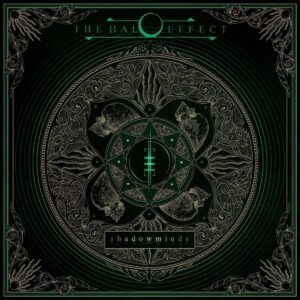 “Having grown up alongside Nuclear Blast in the early days of extreme metal, it just makes perfect sense for THE HALO EFFECT to partner with this prestigous label. Our music holds true to our roots and what made us who we are today while trusting our shared experiences to move forward. Joining our old and new friends at Nuclear Blast Records is an honour and a privilege and we look forward to to releasing this labour of love for metal together!”, states the band.

Jens Prueter, Head of A&R Nuclear Blast Europe adds:  “In 2009 I was going to Gothenburg to produce the ‘Where Death Is Most Alive’ documentary for a DARK TRANQUILLITY DVD. Getting deeper into the Gothenburg scene, going through hours of archive footage and listening to all the interviews, I though it was a jungle of incest. In the early 90s a bunch of guys moved between IN FLAMES, DARK TRANQUILLITY, CEREMONIAL OATH, HAMMERFALL and many more. We shouldn’t forget that most of the protagonists were still teenagers when they released their first ‘Desecrator’ or ‘Septic Broiler’ demo tapes. What looked like incest was just a group of friends who shared a deep passion for metal. You could call it an all-star band but it’s basically just an all-family band. Listening to THE HALO EFFECT is like going to a New Year’s dinner enjoying the best food and drinks of the year. And it’s a pleasure to be invited and share the joy with the rest of the world. Cheers!”

The initial thought behind THE HALO EFFECT was to go back to the roots and explore the classic Gothenburg Sound. The band delivers the goods in a brutally efficient display of heart pounding beats, melodic mayhem and furious growling at its best and the result is an exceptional sound to fans of melodeath, where the echoes of the Gothenburg Sound are evident. The first single, ‘Shadowminds’ will be unveiled soon, on 9th November 2021.

To celebrate the signing, the band also announce their first ever tour, accompanying the Swedish death metal giants AMON AMARTH and US thrashers MACHINE HEAD on 31 dates throughout the UK and Europe.

“We could not be more excited to partner with Cobra Agency for our first tour of Europe together with metal giants AMON AMARTH and MACHINE HEAD. Working together with people who are passionate about the road, the crews, the bands and the fans means a lot to us and doing this together is something we very much look forward to. See you in Sept/Oct!”