Ending festival frenzy, not with a fizzle, but with a goddamn explosion; as Mother Vulture unleash their debut album ‘Mother Knows Best.’

Given their current description as one of the definitive must-see bands in the UK right now, I think it’s safe to say Mother Vulture have officially begun their ascent into the alternative scene Hall of fame. The band have certainly made quite a reputation for themselves, notorious for their relentless energy and passion for their music and their fans, as well as their absolute bat-shit insanity when it comes to performing live. This is a band built for performing on a live stage, having been described as the literal personifications of archaic pandemonium that serve as a reminder to all that love the genre exactly what makes heavy rock ‘n’ roll so great. With ten singles in the past five years as well as multiple live performances, the band have quite literally exploded into the music scene, bringing untold amounts of fiery chaotic energy to all that are fans of “Being happy, achieving your dreams, and not dying” – Mother Vulture.

And what better time than now to bring forward their very first full album? Coming off the heels of the UK’s absolutely insane festival season that saw them touring across the UK, making appearances at Bloodstock, ArcTanGent, Leopalooza, and Steelhouse; there has never been a better time to be a Mother Vulture fan. Their new album titled ‘Mother Knows Best’ might have you groaning at the name (because let’s face it, no one ever liked hearing that from our parents), but I can assure that the featuring tracks are absolutely nothing to complain about. This twelve-piece album contains five already beloved tracks and seven brand new songs which are all perfect pieces of chaotic Mother Vulture perfection.

The tracks already available as singles are mostly all the same as before, allowing fans to listen to already loved songs in between new ones should they choose too. The only track that has understandably had some slight alterations is ‘Fame Or Shame,’ something that is to be expected given the single previously released was live.  The remaining seven songs all remain in the band’s typical heavy rock style but are still able to do something different with each.  Tracks ‘Monster Crunch‘ and ‘Big Bad‘ both incredibly fast and fiery with their delivery, both spitting out a vicious rhythm that would no doubt manifest as a circle pit before the vocals have even begun. ‘Monster Crunch‘ drives the tempo with a combination of thunderous drums and screaming vocals, ideal for those that like a heavy beat to headbang too, while ‘Big Bad‘ keeps the fast pace with constant electric guitar madness, including an epic solo piece which will please that one embarrassing friend playing air guitar (I won’t name any names, you know who you are!).

On the flip side, tracks like ‘Vile Breed‘ and ‘Shifting Sands‘ are perfect for fans liking to feel the full thruntal power of Heavy Rock. ‘Shifting Sands‘ provides the best of both worlds as the instrumentals set a gentle and steady tempo which perfectly offsets guttural vocals allowing them to stand out. ‘Vile Breed‘ is nothing short of a heavy rock ‘n’ roll monster, with screaming vocals set to a punishingly slow tempo of drum and guitar which practically shakes the earth itself.  And what heavy rock set would be complete without its rock and power ballads. ‘Mother Knows Best‘ has blessed us with not one but two heavy rock ballads to choose from, with ‘Not yet‘ providing the heavier of the two with a slow but powerful instrument and vocal combo; while ‘Put Me Down‘ takes a softer approach in both areas, providing a more emotional melodic track.

With all of the power radiating off of the album already, I can certainly say I cannot wait to see what Mother Vulture will do when they start to perform them live. These guys truly deserve all of the attention they are already receiving and more. I hope they continue to bring forth their archaic madness as they grow and perform in the scene. If you haven’t yet, I truly implore you to go and see Mother Vulture live at the closest opportunity. This band is the epitome of pure heavy rock madness, and I have no doubt the world is going to love them for it! 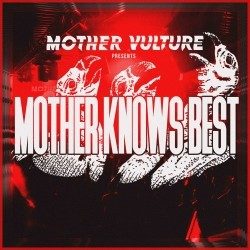 THE PRETTY RECKLESS | Album Review ‘Other Worlds’ Out Via Century Records 4th November 2022,

Rising from the graves of Rock 'n' Roll, The Pretty Reckless return with their new album 'Other Worlds' to bring us a blast from the...
Read more