The heavy metal, dark, madcap visionaries, collectively known as AVATAR, have emerged from deep within the Swedish forest in which they have been working on their ninth studio album, Dance Devil Dance, due for release 17th February 2023. Pre-order HERE.
Additionally, the band have shared the album track listing, including the release of powerhouse track ‘Violence No Matter What‘ featuring a duet from Lzzy Hale of HALESTORM.

AVATAR enjoyed quite a productive summer, traipsing North America on a successful headline tour. They next embarked on some of the biggest shows of their career – a trek with Iron Maiden, supporting the band in stadiums in Brazil. AVATAR also played arenas supporting Sabaton and secured major festival appearances globally with INKcarceration, Cadott Fest, Summer Breeze, and Bloodstock.

As for AVATAR‘s mission? There are no weapons on this planet that can challenge the might of the electric guitar. For decades, metal has been the most powerful force known to man. Its sonic teeth have gnawed through the status quo over and over, pushing the boundaries for what can be created in the marriage between blood and machine. If Mount Rushmore were to be carved for all the titans of the genre, it would span the entire globe many times over. It’s a burning beacon for the misfits and the rebels.

As time has passed, much of the scene has become divided in two equally stale camps. The first is forever stuck in the past, no longer seeking to lead. The second are those who have forgotten the most important ingredients to what made metal what it was and must remain. They’ve lost touch with the Devil. They’ve forgotten how to move. In a genre best experienced with your whole body, they’ve lost the lust.

Dance Devil Dance was recorded in the Swedish wilderness, far away from all the perceived glamour of the big city and modern studios. Jay Ruston, (Anthrax, Mr. Bungle, Crobot, Stone Sour, Amon Amarth, Uriah Heep), returned as producer. He first worked with the band when he mixed Hail the Apocalypse, a role he reprised on Feathers & Flesh before taking the wheel as producer on Avatar Country and Hunter Gatherer. No extra personnel were wanted nor needed. They stayed together for a month, eating, sleeping, and breathing Dance Devil Dance, just the six of them. 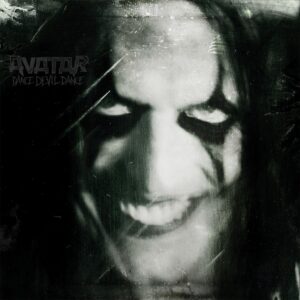 With grit and sheer force of will, they made the music the only way metal ever should be done. Modern metal too often becomes homogenised by everyone using the same drum samples and presets for guitars. Dance Devil Dance is the sound of our bodies in motion, and nothing else. It sounds hard because we play hard. It’s loud because we are loud. Every band knows the challenge of capturing the rage of a stage performance on tape. This time we succeeded. This album bleeds black blood, bludgeoned by the road.

We are a metal circus. The road is our home. Dance Devil Dance mirrors all the madness of this world and worlds beyond. It’s celebration of the ugly and a challenge in the face of all things deemed beautiful. Metal should make you move. Metal is music for the body. We don’t know when it happened, but it seems that at some point recently, most of the world decided that this music was best enjoyed sitting down. This is a great tragedy, and it must be rectified. Why have drums, why have bass, if people don’t move their feet?  And feet will move indeed.

“Our music was always made for the stage first, as anyone can attest to, whether it’s as an opening band for greats such as Iron Maiden or Slipknot, or playing the major stages on Wacken, Hellfest, Download, Rock On The Range, Poland Rock, and many more, or bringing the entire freakshow with us, headlining night after night. From coast to coast across the United States of America and Canada. From Mexico down all the way to Brazil; all over Europe, north, south, east and west. The whole world is our stage, and you better get ready, because when we begin you will all be the Devil’s playthings.”

AVATAR hit the UK on a string of headline shows in February 2023, with support from Mastiff and Veil of Maya. 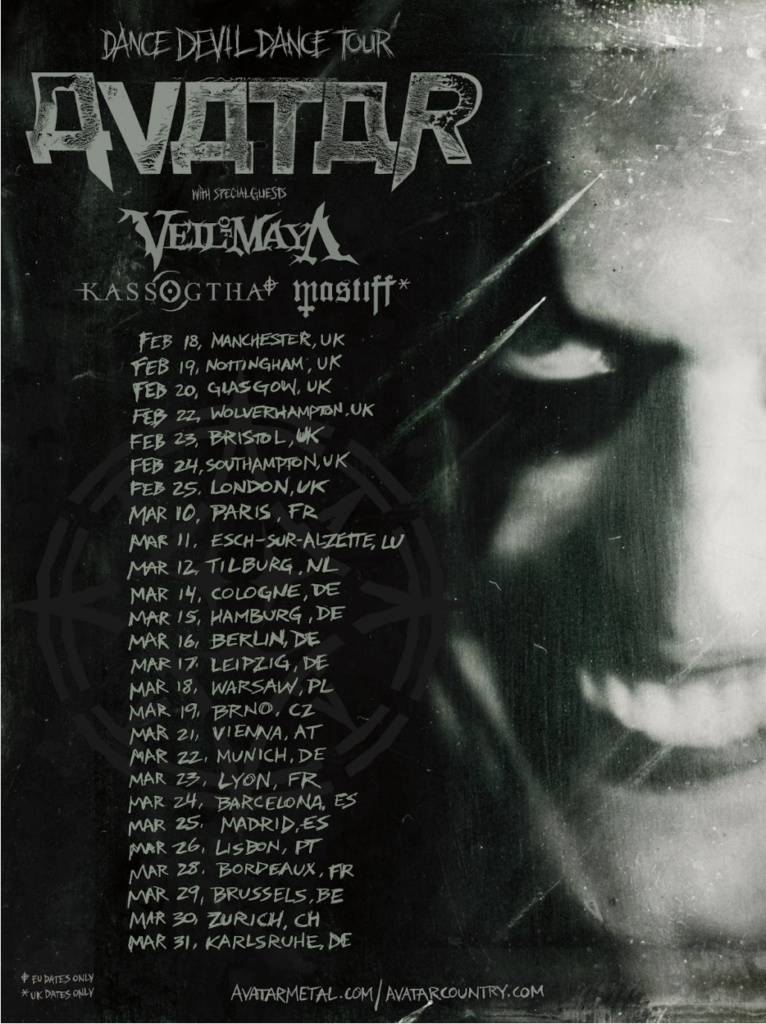 BLACK STONE CHERRY have kicked the door open on 2023 with a brand new song, 'Out of Pocket', as they ready for a return...
Read more

The Duke of Spook, WEDNESDAY 13 has announced his 'Halfway To The Grave' 2023 UK Tour, which is set to kick off on 6th April...
Read more

Finnish industrial metallers TURMION KÄTILÖT have released their new album Omen X today. To celebrate, the band have also revealed a video for their...
Read more

AVATAR | Today Release New Song And Visualizer ‘So Sang the...

Bleed From Within | Release Fourth Single ‘Flesh & Stone’ And...